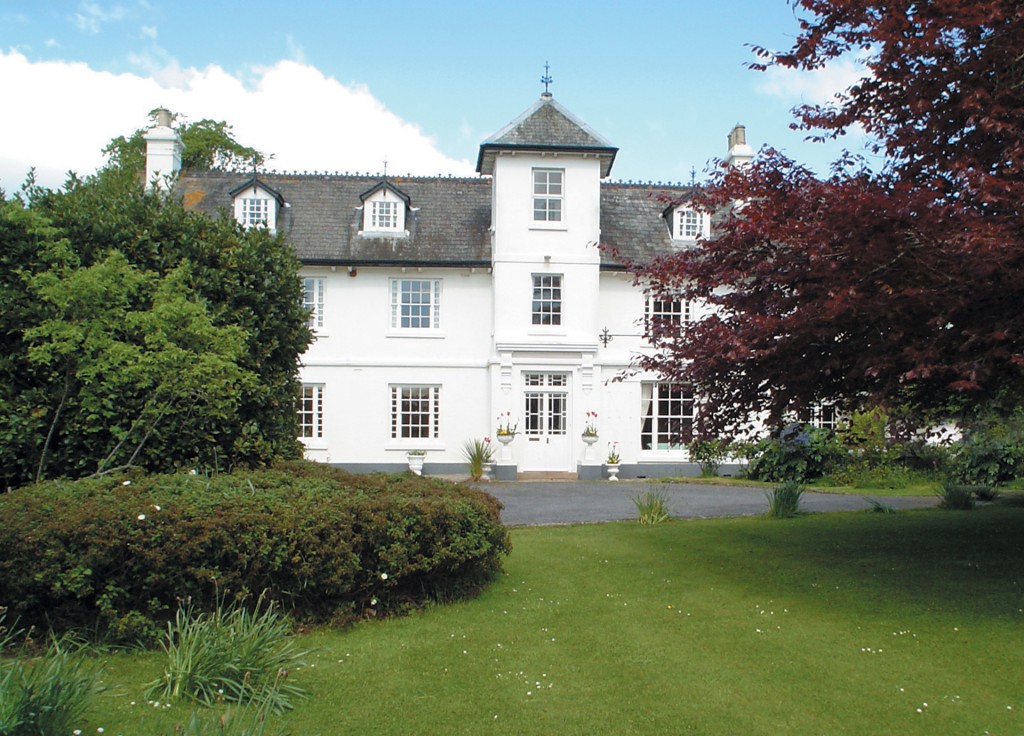 Aishcross House – Hill House (Gabriel Court) and the Churchward Family
We have been intrigued by the close resemblance of our home, Aish Cross House, and Gabriel Court, the large Regency property in the centre of Stoke Gabriel – now in a state of disrepair -but hopefully soon to be restored to its former glory.

Both Aish Cross House and Gabriel Court (previously known as Hill House) have striking similarities – both have towers, windows of an unusual profile, and identical floor tiling – clearly the same architect at work!

We have always been led to believe that Aish Cross House was built in 1815, but this is not completely true, as records show an original dwelling dating back to the early 17th century, and there is a gravestone in the Stoke Gabriel churchyard for Henry Churchward who died at Aish Cross House on the 24th February 1804 aged 52, just six years after the very sad death of his 1 year 11 month old son, Samuel.

It appears that a substantial building programme was undertaken on both our home and Hill House in the early 19th Century (Regency Period) which included the construction of the two towers which we believe where commissioned in celebration of winning the Battle of Waterloo – in fact Aish Cross House was for a time know as Waterloo House. Needless to say, Napoleon never stayed in either – but history of the Churchward families who resided in both is indeed interesting.

The Churchward dynasty and its relationship with Stoke Gabriel goes back centuries. William Churchward, and his wife Maude were deeded a very large area of land, in and around Stoke Gabriel by Edward IV in 1478, and it was at this time the initial building of Hill House (Gabriel Court) was undertaken. They were the Squires of the village from this time through until the early 20th century, and being well connected landed gentry, Hill House has interesting stories to tell! 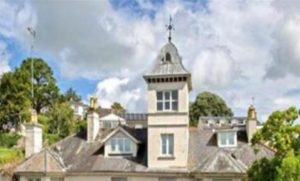 King William 111 (William of Orange 1650-1702), after being blown off course, landed in Brixham, and spent his first night on dry land (5th November 1788) at Hill House. The following day, he held his first ‘Council’ (Parliament) at ‘Churchward Barn’, now better known as Parliament Cottage (just up the road from Aish Cross House on the way to Totnes. Before leaving Hill House, William entrusted a ring for safekeeping with the Chatelaine of the home which was subsequently stolen from the bedroom of Mary Churchward in 1850 by a thief who slipped in through an open window.

Another story concerns John Davis, Sir Walter Raleigh’s navigator, who upon returning from America spent his first night on English soil at Hill House ,his first mate, John Churchward, was the owner and it is written: “They did retire to Hill House to partake of the tobacco plant”, and family legend has it that a maid threw a bucket of water over the ‘smoking man’ – this is one of four theories of the first use of tobacco smoking in Europe.

As time moved on the influence of the Churchward family in and around Stoke Gabriel diminished, so by the end of the 19th century many had moved away to follow careers elsewhere. The last Churchward to live in Hill House was ‘Squire Charlie’ – a beloved local character who was somewhat feckless in his lavishness, and towards the end of the 19th century/beginning of the 20th century he disposed of many of the Churchward assets in and around Stoke Gabriel to local tenants and other villagers – story has it that he even bartered a field for a bottle of whisky!

In the mid-19th century Aish Cross House and Aish House, them imposing Georgian residence just down the road were in the ownership of two Churchward brothers and their families who between them farmed almost all the land around Aish, and they also owned most of the cottage properties in the hamlet as well as the multitude of orchards, many of which have now disappeared.

We believed that farming activities at Aish Cross were passed over by the Churchward’s to Mr HJ Wadelow somewhere around 1893 (we don’t know if as a tenant or owner) but in 1924 there was a major auctions of farms, cottages and land from all around the local area, and the vendor is listed as Mr Jellicoe – so at some time, probably in the last 1890’s the Churchward’s relinquished their ownership.

Since 1924 Aish Cross House has been a private residence with a garden and orchard extending to about 2.5 acres. It has largely retained its original regency period appeal, but, after buying it in 2003, Angie my wife and I set about converting the original Coach House and Stabling into two-character holiday cottages – and about five years ago we added a 3rd cottage in what was originally a store.

We just love our home and business, and really enjoy the company of the lovely people who come and stay with us.

This website uses cookies to improve your experience while you navigate through the website. Out of these, the cookies that are categorized as necessary are stored on your browser as they are essential for the working of basic functionalities of the website. We also use third-party cookies that help us analyze and understand how you use this website. These cookies will be stored in your browser only with your consent. You also have the option to opt-out of these cookies. But opting out of some of these cookies may affect your browsing experience.
Necessary Always Enabled
Necessary cookies are absolutely essential for the website to function properly. These cookies ensure basic functionalities and security features of the website, anonymously.
Functional
Functional cookies help to perform certain functionalities like sharing the content of the website on social media platforms, collect feedbacks, and other third-party features.
Performance
Performance cookies are used to understand and analyze the key performance indexes of the website which helps in delivering a better user experience for the visitors.
Analytics
Analytical cookies are used to understand how visitors interact with the website. These cookies help provide information on metrics the number of visitors, bounce rate, traffic source, etc.
Advertisement
Advertisement cookies are used to provide visitors with relevant ads and marketing campaigns. These cookies track visitors across websites and collect information to provide customized ads.
Others
Other uncategorized cookies are those that are being analyzed and have not been classified into a category as yet.
SAVE & ACCEPT